Book Reviews – Anybody can criticize; but Constructive criticism is an arrow well-targeted at bettering the author.

I always nurtured a soft spot for Indra, him being Arjun’s Dad. I was left puzzled by how casually Indra is laughed off, – and yet multiple passages in Mahabharat cite him as a benchmark of excellence, by describing a great warrior as ‘ fierce as Indra himself.’

This glaring contradiction indicated a vast abyss where his aura got diluted/distorted- whether due to time or by design. This book finally vindicates the real Indra in all his gut and glory.

Mr Utkarsh delves deep and wide, deftly interweaving folk tales with fiction into a coherent sequence of Indra’s life. He highlights the merits of Indra – his power games, his war strategies, his ambition, his friendships. As also his weakness for soma and stree. His constant tussles with the brahmin cadre, some whom he comes to admire (Dadhichi) while some others who use, abuse & dispose him at will.

His love-hate relation with the wily Vishnu (ahem!). A sequel in the making?

A neat read. A much-needed analysis of Indra.

Author: Utkarsh Patel (A lecturer of comparative mythology at the University of Mumbai and is a guest faculty in many other academic institutions across the country. He is an author of mythological fiction. He is also a founder member of ‘The Mythology Project’ (www.themythologyproject.com), which explores our rich cultural heritage through archival collections and by researching living myths and traditions.

Utkarsh regularly conducts workshops on various world mythologies—Greek, Mesopotamian and Norse—in addition to the epics of India, particularly the Ramayana and its myriad versions. Utkarsh is a TEDx speaker. He is also regularly invited to speak on various mythological subjects, with an emphasis on the interpretation of mythological characters and incidents, feminism, management and other topics, at various literary forums and festivals, organizations, etc.

For more on his work, visit http://www.utkarshmp.com)

Amazon.in link for the book

In Pretty Woman, he simplifies his complex job by saying ‘I buy big companies, then break them into smaller companies and sell them” She asks, “And that’s all it takes to make you a millionaire??” (or somewhere along these lines)

Jason simplifies his life as a voracious appetite for diving into troubled waters (read businesses or startups) and getting a kick out of smoothening the choppy waves. He makes it sound simple , magical and ‘Heck, I can do it too’ END_OF_DOCUMENT_TOKEN_TO_BE_REPLACED

“Why do you follow Aldo? What makes you believe in him?”

“We have no one else we can follow.” Cesare replied.

Hallmark of a classic is that it remains relevant across time. This book isn’t Daphne’s best, but it is startling in its eerie & hideous parallels with today’s India. See if you can spot’em. 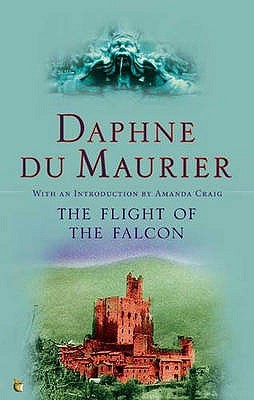 Premise: The tale is narrated by Beo and largely fixated on Aldo. The story itself has inbuilt parallels between Gothic fantasy and modern Rome. Tourist guide Beo chances upon the murder of a tramp, who turns out to be his old nanny Martha. Seeking her murderer and filled with nostalgia, Beo returns to his hometown Ruffano, but incognito. Here, he meets a ghost resurrected from his childhood.

Aldo is a Professor. But demure, benign or modest? Not he! Aldo is a power monger, a megalomaniac with delusions of grandeur.

‘He who ceases to see anything great in God will find it nowhere. He must either deny it or create it.’

·         His dream – to recreate the chariot ride of the sinister Duke Claudio. END_OF_DOCUMENT_TOKEN_TO_BE_REPLACED

A cluster of 10 stories tilting between the real and unreal, with myriad characters in an ever changing multilayered society. The range captures the frailties, moods and impulses of human behavior.

That’s what the gist of the blurb says. I agree in part.

4 stories impressed me, namely Lallan, The Slap, The Nest and Touch. These should’ve been placed at the beginning of the collection to hook the readers, instead of inserting them midways and towards the end.

Lallan & The Nest have a parallel between the human-animal world that explores human psyche well and throws up believable, relatable characters. Slap & Touch have a mellow tone and an unhurried pace END_OF_DOCUMENT_TOKEN_TO_BE_REPLACED

Story & setting: Aadi is poised pretty on the corporate ladder, when his world gets nuked into darkness by a terrorist attack. Out of a desperate survival instinct, he & his community carve out a collective defense system, which soon snowballs into an aggressive counterattack upon the insurgents.

Aadi gets to re-live his long cherished dream to join the military instead of the corporate world. The crisis allows him to flex muscles, engage in mental games with the enemy as also delegate jobs to unlikely & untrained candidates including security guard, maid, autodriver, gardener etc. In the process, he rediscovers a soldier-leader within himself who relishes and thrives on the leadership END_OF_DOCUMENT_TOKEN_TO_BE_REPLACED